This sequence of paintings explores the impact of gold-rush era mining on the topography of the land surrounding Ballarat. Before I came to Australia I knew only a few real or semi-mythic things about the country: British weapons testing at Woomera; a dingo took my baby; and Skippy’s mates were unaccountably stuck down a mine shaft. This last seemed so exotic from the distant viewpoint of rural Scotland. As a child I imagined a crackling, dry land peppered with holes that could swallow you in an instant if you weren’t careful. Little did I know that I’d come to live in the middle of such a place.

What fascinates me about the remnants of the gold rush is that they are almost all contained within the land itself. Buildings, bridges, sluices and other landmarks have long since moved or rotted or burned and so what is left is in the shapes of the land. Second growth forest reclaims the gullies, mullock heaps and races that were part of the feverish industry of a century ago and creates a landscape with unique shapes, colours and light.

Click on the thumbnail images to the see the whole painting. 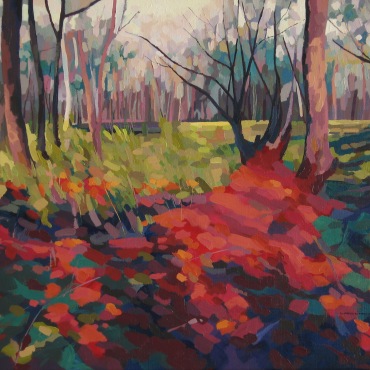 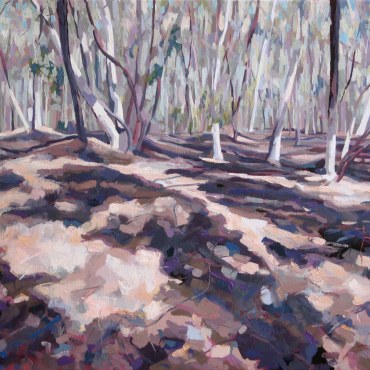 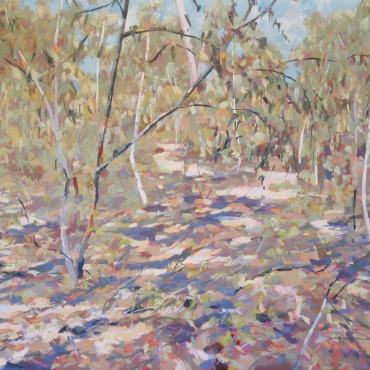